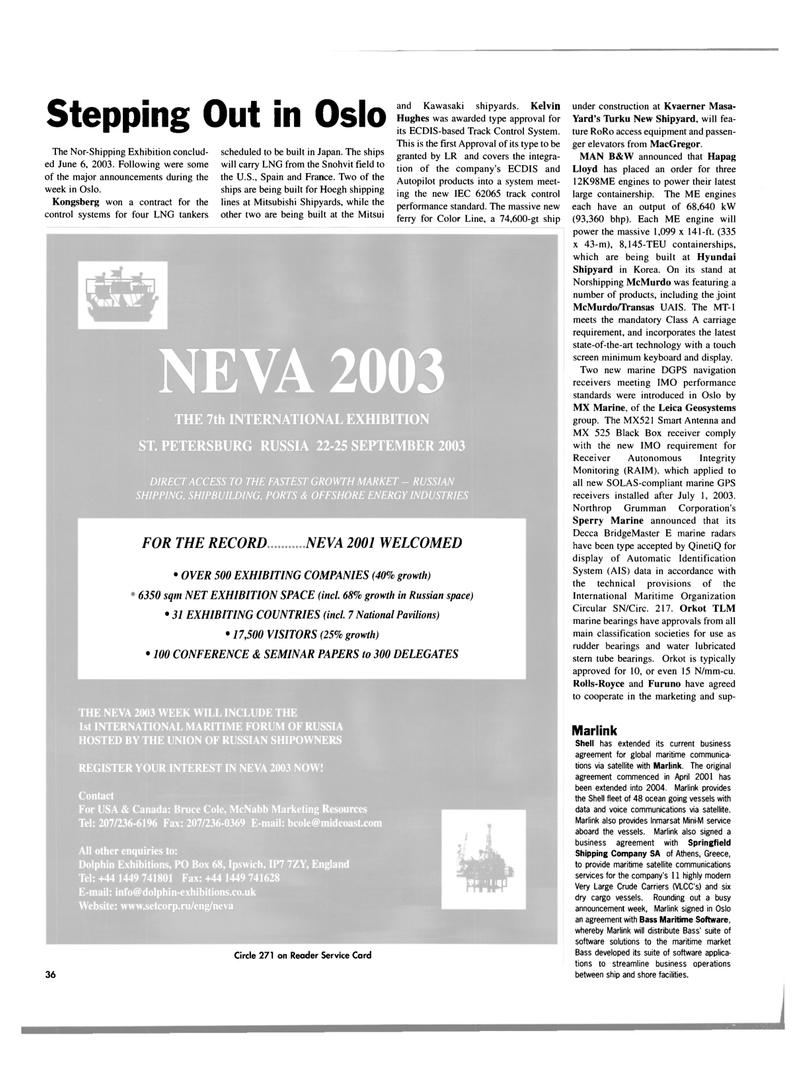 Stepping Out in Oslo

The Nor-Shipping Exhibition conclud- ed June 6, 2003. Following were some of the major announcements during the week in Oslo.

Kongsberg won a contract for the control systems for four LNG tankers scheduled to be built in Japan. The ships will carry LNG from the Snohvit field to the U.S., Spain and France. Two of the ships are being built for Hoegh shipping lines at Mitsubishi Shipyards, while the other two are being built at the Mitsui and Kawasaki shipyards. Kelvin

Shipyard in Korea. On its stand at

Norshipping McMurdo was featuring a number of products, including the joint

McMurdo/Transas UAIS. The MT-1 meets the mandatory Class A carriage requirement, and incorporates the latest state-of-the-art technology with a touch screen minimum keyboard and display.

MX Marine, of the Leica Geosystems group. The MX521 Smart Antenna and

Sperry Marine announced that its

System (AIS) data in accordance with the technical provisions of the

Circular SN/Circ. 217. Orkot TLM marine bearings have approvals from all main classification societies for use as rudder bearings and water lubricated stern tube bearings. Orkot is typically approved for 10, or even 15 N/mm-cu.

HOSTED BY THE UNION OF RUSSIAN SHIPOWNERS

REGISTER YOUR INTEREST IN NEVA 2003 NOW!

All other enquiries to: